AMAC From 30,000 Feet: Power Talk with the McKissack Sisters 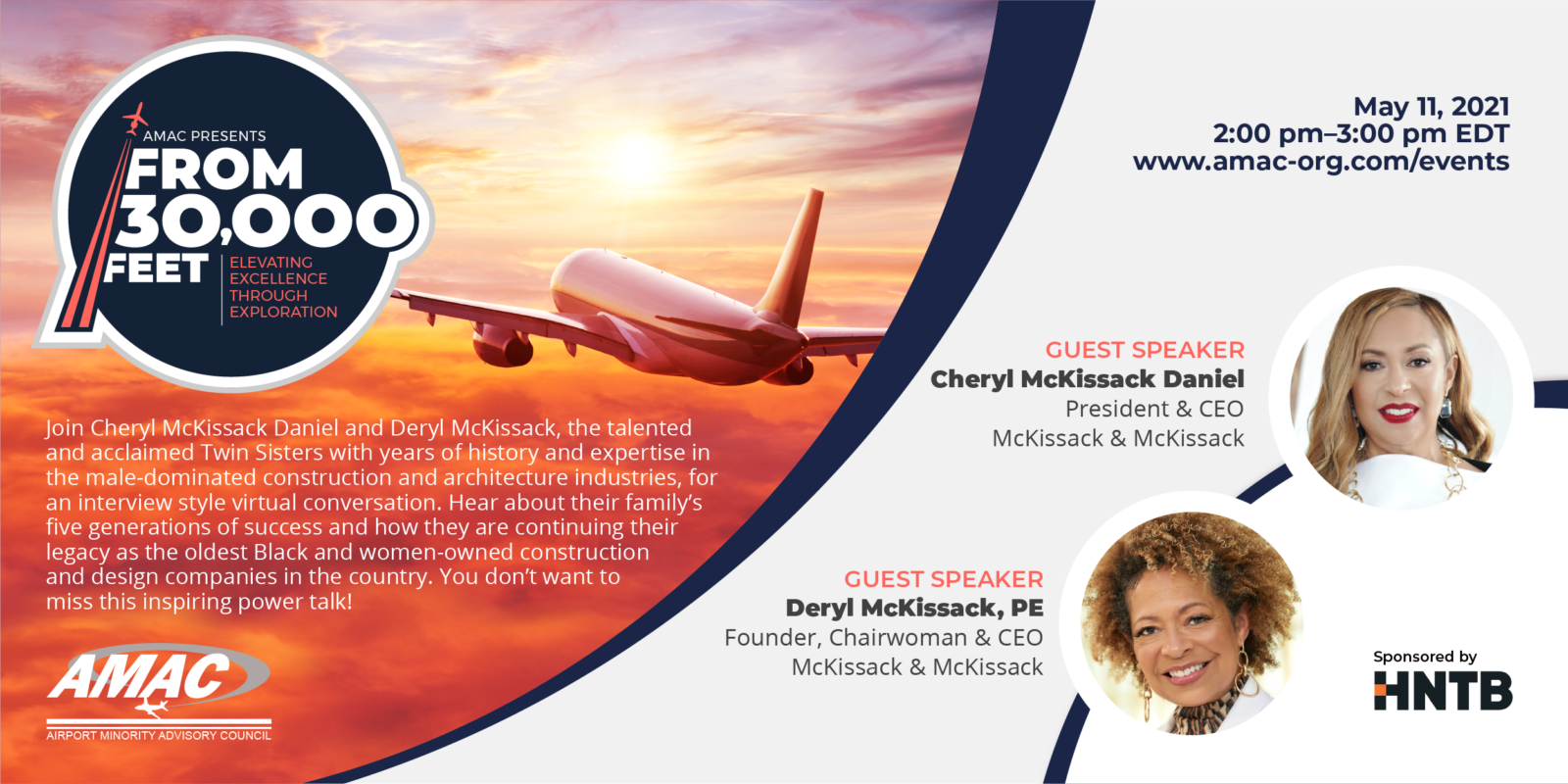 AMAC presents, From 30,000 Feet, a new virtual speaker series created to inspire AMAC members and the broader aviation and aerospace communities. From 30,000 Feet connects the nation’s most influential changemakers and thought leaders with aviation industry professionals, business leaders and students focusing on a diverse variety of topics, including business climate changes and future trends. Through this program, C-suite and senior executive leaders share their expertise and leadership journeys in a one-hour format with AMAC members and supporters.

Join Cheryl McKissack Daniel and Deryl McKissack, the talented and acclaimed Twin Sisters with years of history and expertise in the male-dominated construction and architecture industries, on Tuesday, May 11, 2021 at 2:00 pm EDT for an interview style virtual conversation. Hear about their family’s five generations of success and how they are continuing their legacy as the oldest Black and women-owned construction and design companies in the country. You don’t want to miss this inspiring power talk! 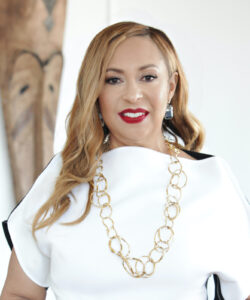 President & CEO Cheryl McKissack Daniel leads McKissack & McKissack, the oldest minority and woman-owned professional design and construction firm in the nation. With more than 25 years of experience in construction, she serves as Project Executive on numerous high-profile projects, including major work in the commercial, healthcare, education and transportation sectors and is actively involved in project oversight and management, ensuring that diversity is implemented during each project phase. Under her direction, McKissack & McKissack has contracted more than $50 billion dollars in construction over the past decade.

Cheryl serves on various boards, including the New York Building Congress, New York Women’s Forum and Women’s Builders Council. Under the leadership of Mayor Bill de Blasio, she serves the OneNYC Advisory Board, Jobs for New Yorkers Task Force and the MWBE Advisory Council. She also served on the Transportation and Infrastructure Committee for NYS Governor elect Andrew Cuomo’s Transition Team. Cheryl is an active member in Women in Transportation (WTS).

Cheryl earned both a bachelor and master’s degree in civil engineering from Howard University. Born in Nashville to architect William DeBerry and teacher, Leatrice McKissack, Cheryl represents the fifth generation of the McKissack family’s century-old business. 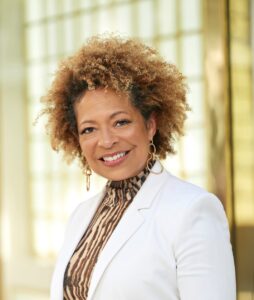 By the age of six, Deryl was drafting architectural drawings under her father’s tutelage. After graduating from Howard University with a B.S. in Civil Engineering, she worked at Turner Construction and Dames & Moore. While at these firms, she honed her experience in field work, business development and construction management.

In 1990, with a shoestring budget of $1,000 and a business plan she wrote herself, Deryl started McKissack & McKissack. Today, Engineering News-Record magazine ranks the firm in two of its most significant national lists: 100 Top Construction Management For-Fee Firms and 50 Top Program Management Firms. The Washington Business Journal has also named McKissack one of the top 25 design firms in the Metropolitan Washington area.

McKissack has managed landmark projects that include the Museum of African American History and Culture, the Lincoln and Jefferson Memorials, the Obama Presidential Center and the Navy Pier Centennial Projects in Chicago. The firm is also designing additions to the George H.W. Bush Presidential Library & Museum and led construction and served as the architect of record for the Martin Luther King, Jr. Memorial in Washington, DC.

Most recently, McKissack received Inc. Magazine’s 2020 Best in Business Award for its workforce diversity plan. Personally, the National Academy of Construction elected Deryl to its class of 2020, calling her “a visionary leader and entrepreneur with significant contributions in architecture, engineering, construction, and program management and a mentor to the next generation of industry leaders.”

McKissack recently marked 30 years in the AEC industry with a webcast featuring David Rubenstein, co-founder of The Carlyle Group hedge fund, and presentations to the Executives’ Club of Chicago, the National Arts Council and other groups. McKissack’s initiatives also were recognized in Strategy+Business, published by the PwC consulting firm, Aviation Business, Construction Dive, Engineering News-Record and other business and AEC industry publications. In 2020, she developed a seven-point plan to combat racism and discrimination in the AEC industry and is currently asking major firms to embrace her platform to change the equation in AEC. Contact her at Deryl.McKissack@mckinc.com. 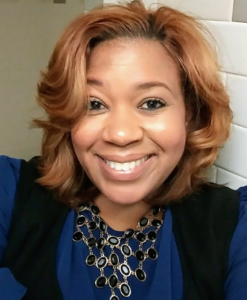 Tamika started her career over 25 years ago in local/county government, managing Environmental and Community Development programs with emphasis on environmental justice for underserved communities. However, entered into the Aviation industry, over twenty plus years ago.

Tamika has worked on some of Aviation’s most notable and high-profile super-mega, infrastructure projects and capital programs with values extending upwards of $20 billion at LAX, JFK, ORD, Bush Intercontinental and Hartsfield Jackson. Serving as the owner’s representative in various stakeholder management, airline interface and program management roles, she continues to provide tremendous leadership and value from “cradle to grave” to a broad client base.

Throughout her career, Tamika has been involved in organizations focused on promoting inclusion and diversity in the aviation and transportation markets, including: Women in Transportation (WTS); Airport Minority Advisory Council (AMAC) as former Southwestern Regional Director; American Association of Airport Executives (AAAE); Airports Council International (ACI); Conference of Minority Transportation Officials (COMTO), as well as volunteering in faith and community based organizations. Tamika continues her dedication to I&D not only through her organizational involvement, but also in her current leadership role at HNTB, as she believes that aligning with small and minority businesses creates well-balanced strategic partnerships and endless growth opportunities. It is just “smart business”.
Ms. Dickerson hails from the panhandle of Florida, however currently resides in Houston, TX with one son. She holds a Bachelors in Environmental Science and a Master’s in Public Administration.